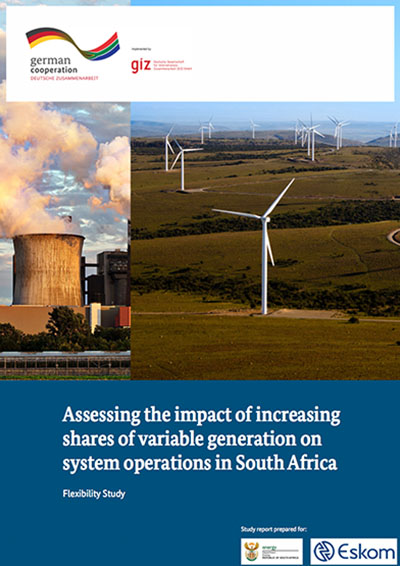 This study assesses changing flexibility requirements in the South African power system resulting from increased levels of variable renewable generation (solar PV and wind), with a time horizon until 2030. The expansion (and decommissioning) of both renewable and conventional power plants is modelled from now until 2030 according to the base case of the draft Integrated Resource Plan (IRP), as published in December 2016.